Many years ago in an in-flight magazine, I saw a picture of a beautiful old bath house in Budapest, Hungary.  It looked like a Roman temple, complete with decorated columns and beautiful turquoise water.

I put it on my bucket list despite the fact that Budapest did not hold happy memories for me:  I was nearly raped there in 1984 when I was travelling alone behind the Iron Curtain in Eastern Europe .  You can read about that incident in my book “The Sex Goddess: Debunking the Mythology of God & Sex.”

Years later, in 2013, I met a TEFL teacher from Hungary at the annual English Teachers’ conference in Slovenia.  Her name was Beatrix and she was married to an Englishman, Justin.  This particular IATEFL conference was my favorite of all the conferences I attended each year when I was promoting English native-speaker courses in European schools. The venue was a spa-resort in the mountains of Slovenia – Topolsica. 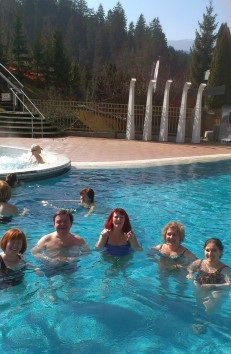 Beatrix and I were both addicted to the pool, the hotsprings and the sauna at the conference.  Whenever we had a gap between talks and events, we would dash downstairs for a dip or a steam. 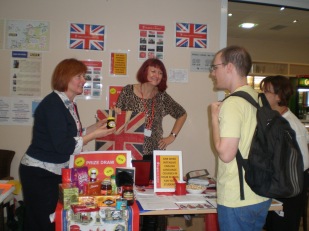 Bea explaining the merits of Marmite at my stand, Topolsica 2013

In 2014, while I was still working for English in Action, I got going with designing my business website to offer my services as a sacred ceremony facilitator.  (www.TimelessTransitions.net) And in the same year, I began offering spiritual talks at the Slovenia conference on “The Power of the Word” and “The Law of Attraction”.  Beatrix attended all my events and, over breakfast the next morning after my first spiritual workshop, without knowing about my new business venture, she suddenly asked me if I would come to Hungary to facilitate a ceremony for her 51st birthday the following month. Of course I would!  Such a lovely demonstration of the Law of Attraction!

On that trip to Hungary in April 2014, Bea took me south to Csurgo to meet her parents.  Her father and I had a lovely rapport.  He was such a gentleman and did his best to communicate with me in his few words of German and English.  (All I could say in Hungarian was “Cheers!”). He had seen a lot of history and, with Bea’s interpreting help, we had a lovely chat about his experiences during the war and under the communist regime. 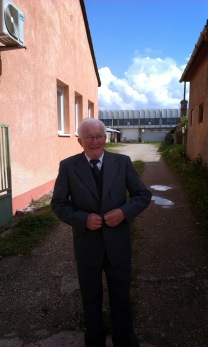 Five years later, via Facebook, I heard that Bea’s father had died on 19 March 2019.  Naturally I reached out to her to express my condolences and we made a plan to meet up during my next contract in Austria in May 2019.  She invited me to her home again in the suburbs of Budapest – about a 3-hour drive from Austria’s capital, Vienna.

Bea asked me if there was anything I would like to do during my visit to Hungary. And then I remembered the picture in the magazine and asked her about the old bath-house in Budapest. It turned out that there were many old bath-houses all over the city and, in fact, all over the country. Hungary is full of hotsprings!  Bea began researching online and showed me some pictures.  The way I described it, she knew right away that I was probably talking about the baths in the Hotel Gellert.

The Bath House at the Hotel Gellert

Sure enough, there were the yellow columns and the turquoise water.

The rest is herstory. 🙂 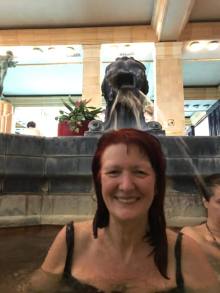 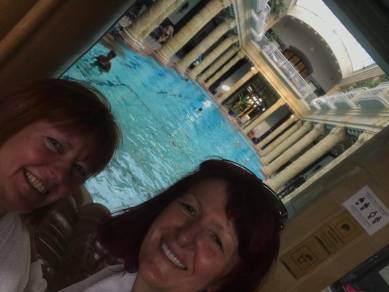 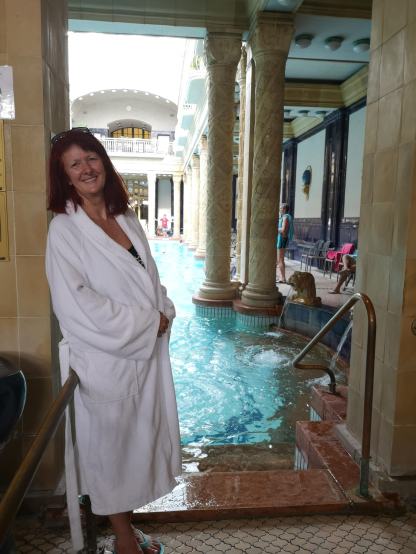 And to make the day even more fabulous, we caught the wrong tram when we left the Hotel Gellert. It took us all along the banks of the Danube where we could see the beautiful city of Budapest by the light of the full moon. 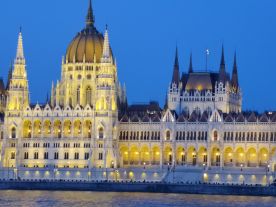 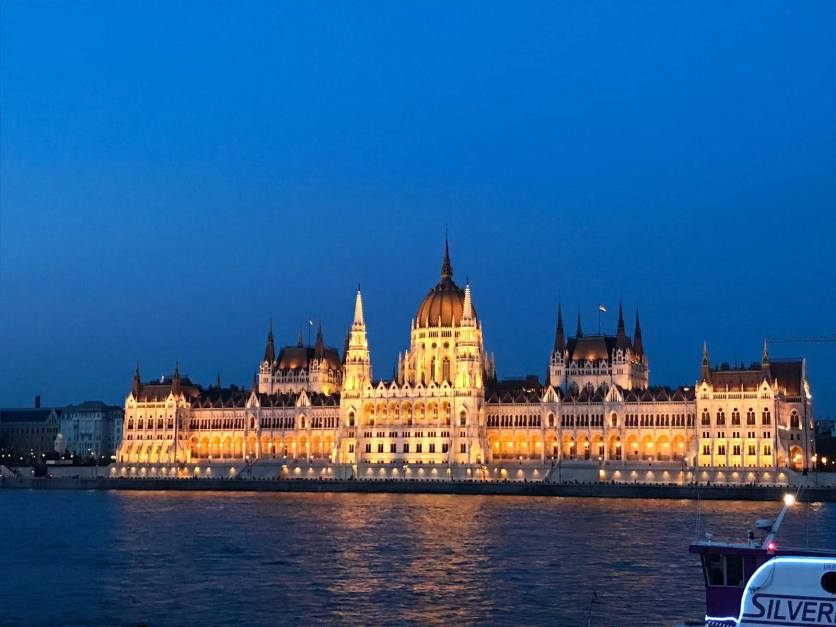 Author of “The Sex Goddess: Debunking the Mythology of God & Sex”

One thought on “No. 104. The Grand Budapest Bath-House in the Gellert Hotel”